Sorry, this product is no longer available, please contact us for a replacement.

Build a High Availability, Robust and Reliable Network— Meet the Challenge of Virtualization

The Zyxel XGS Series of L3 switches enable enterprise and SMB businesses to deploy high availability networks to meet the need to migrate to a virtualized and consolidated solution. The evolution to the virtualized network meets the increasing demands in server utilization and availability within the business today. The XGS4700 and XGS4500 Series compliments the network infrastructure of virtualization as both Series deliver not only robust, reliable enterprise-class L2/L3 switch features but are also designed to accomplish high-availability routing for better utilization of network bandwidth.

The Zyxel XGS4700/XGS4500 Series provides businesses with a smooth migration path from IPv4 based networks to a full IPv6 infrastructure, providing investment protection for future network upgrades when a larger installation of connected devices is required. The XGS4700/XGS4500 Series utilizes the latest design technology to provide wire speed communication and full-dynamic IP routing features such as RIP, RIPv2 and OSPF as well as special features such as equal-cost, multi-path routing (ECMP) which load balances network traffi c across multiple paths through the network that have the same costing. Packets can be delivered to the same device through diff erent routing paths by designating the equal costs. Businesses can adopt basic static routing technology such as RIP and RIPv2 for small network routing applications or advanced routing protocols such as OSPF and ECMP for load balancing. These protocols are a critical part in the creation of fully resilient scalable networks.

The Zyxel XGS4700/XGS4500 Series off ers wire speed 10G Gigabit Ethernet uplink ports for campus networks or service providers to deliver highbandwidth applications for congestion relief and smooth data delivery. With the 10 optional 10G Gigabit modules (CX4 and XFP interfaces), customers can easily integrate new elements into the existing networks and increase bandwidth at critical points of the network without having to go to the additional cost of purchasing whole new network switches.

The Zyxel XGS4700/XGS4500 Series works with an intelligent 3-tier security mechanism that off ers complete data and management protection via a wide range of security features to protect subscriber data and deter unauthorized users through eff ective traffi c administration. The 802.1X Authentication and Port Security features provide the ability to stop unauthorized users from accessing the network, while Limited MAC Number by Port limits the total number of devices connected to a switch port, and thus signifi cantly reducing the risk of unknown access from massively deployed wireless networks or hubs. To serve specifi c users such as guests or visitors to the business, the 802.1X Guest VLAN feature allows them to access the Internet via the Guest VLAN without entering the business’s internal network.

The multilayer (L2/L3/L4) ACL suite of the XGS4700/XGS4500 Series has sophisticated rule-based control mechanisms that can be easily deployed based on actual network environments via a Web GUI or command-line interface to prevent illegitimate access. The rules can be defi ned to deny packets according to source and destination of MAC addresses, IP addresses or TCP/UDP ports.

In addition, the XGS4700/XGS4500 Series supports CPU protection to provide the switch CPU with automatic protection against malicious network traffi c trying to shut down the switch, which ensures priority/mission-critical tasks to be handled without interruption. The CPU protection feature enables the optimization of switch resources and also strengthens network protection considerably. 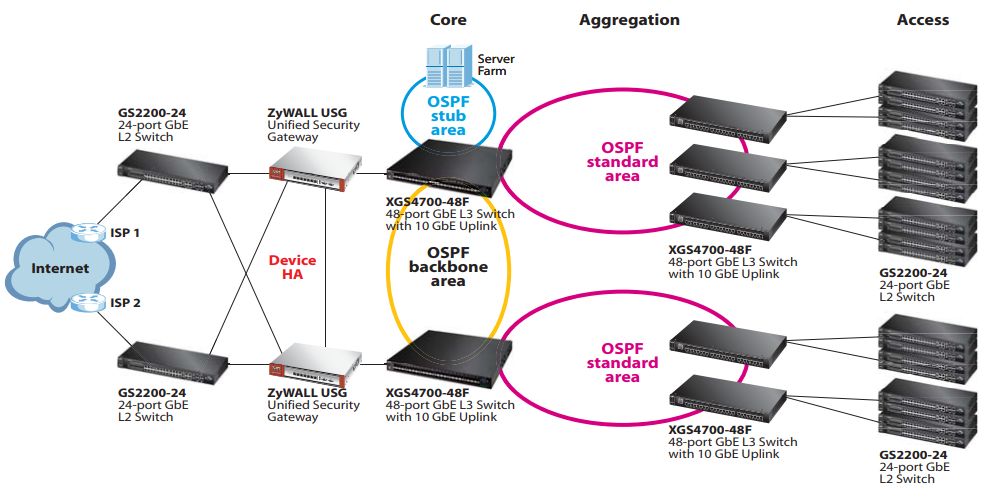 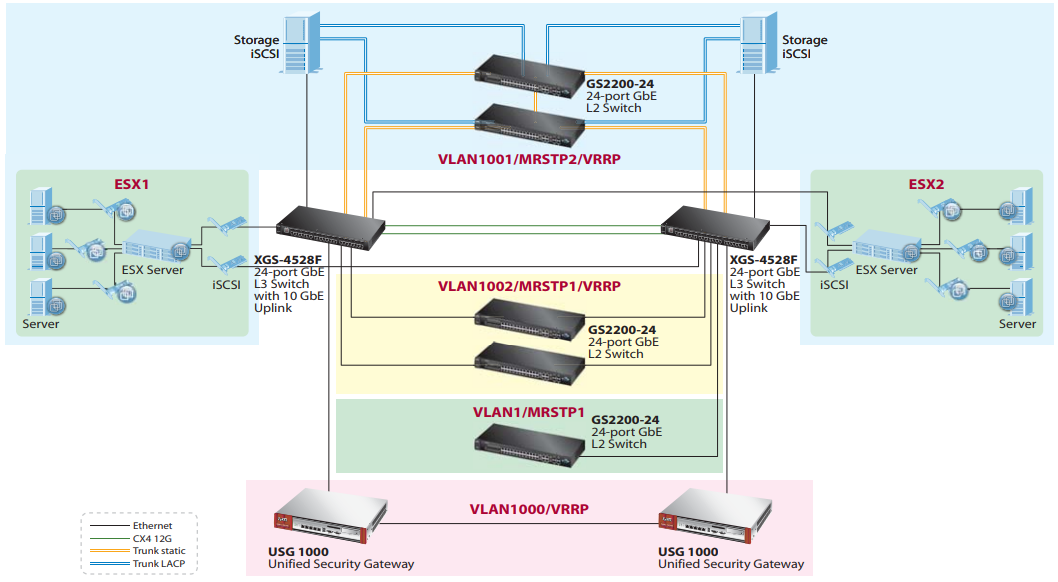 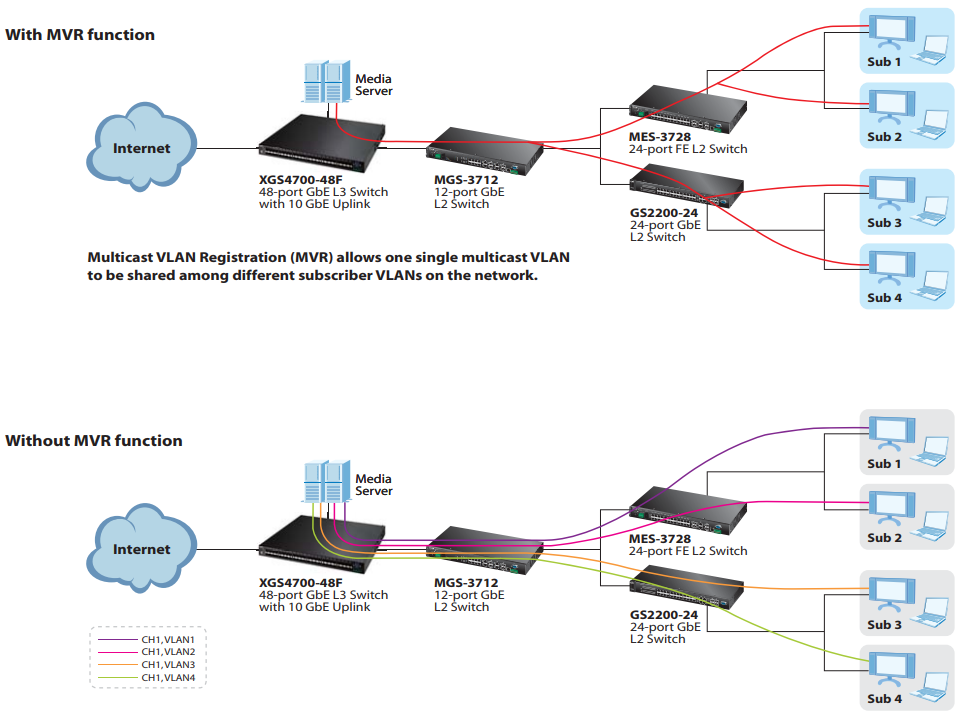